And Travels. Sometimes together.

It was 10 years ago this week, in January 2008, when I arrived in Los Angeles, California, where I’d be living for the next three months…and, to greet me from LAX Airport would be my very first Couchsurfing host, Laura. 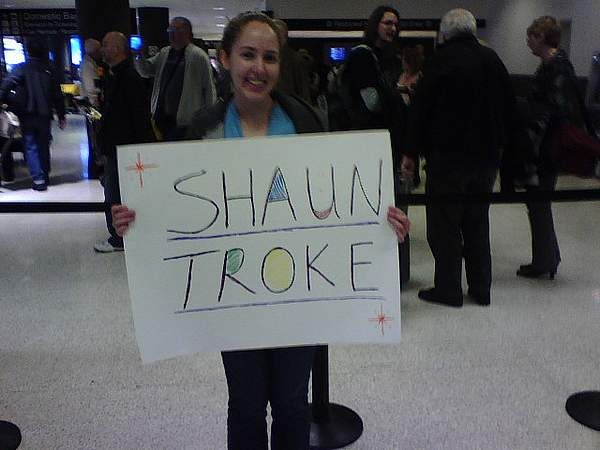 But, let’s back up a month or three before then!

Like every filmmaker & actor, there is always a calling to spend time in Los Angeles, to see if it really is ‘The Place To Be’ to help further our careers. And, with the 90-day visa that UK residents are given when entering the USA, it seemed logical to max that out.

But, where the Hell was I going to live in Los Angeles for three months?!

The first step to finding accommodation is the obvious one: Craigslist. And, the second step was a suggestion from my friend, Nick: Couchsurfing.

Both sites were seeming pretty dodgy!

Whereas I can reel off plenty of what’s wrong with Craigslist, here’s a paragraph from Wikipedia highlighting what Couchsurfing is all about:

Couchsurfing.com, a hospitality service and social networking website. The website provides a platform for members to stay as a guest at someone’s home (homestay), host travelers, meet other members, or join an event. Unlike many hospitality services, Couchsurfing is an example of the gift economy; there is no monetary exchange between members and there is no expectation by hosts for future rewards.

This paragraph, though, makes finding a couch sound so much easier than it actually is…

The first thing you have to do is unravel all of the fear attached to the prospect of staying at the home of a complete stranger…this was, by far, the hardest part – not just for me, but for my loved ones, too.

Whenever Couchsurfing is described to people, their usual reaction is of worry and dread: Questions like, ‘What kind of f**ked-up people do this?!’ bounce around their minds. It’s not an easy concept to understand…and, it’s certainly not easy for your family members to get to grips with either…

But, the countdown to my arrival in Los Angeles was looming, and, with nowhere to stay, fear had to take a back-seat…for the time being anyway.

The second thing you’re up against – and, this is something that many don’t realise – is that by signing up to Couchsurfing, you’re entering a community based on trust. And, trust is formed mostly from written references on profiles. These written references provide positive (or negative) feedback about a Couchsurfing experience, that sheds more information about what a person is like, as a guest or a host.

Without any references on my own profile back in 2008, I was still rapidly writing to – and receiving NO responses from – many Couchsurfing hosts in the Los Angeles area. I mean, would you let a complete stranger stay in your home, without knowing anything about them?? Probably not. No references, no stay. It’s simple. And, understandable.

On the night of Thursday 17th January 2008, as I crashed on a ‘strangers’ couch in Norwalk, Los Angeles, I had become a Couchsurfer for the first time.

My first day of being a Couchsurfer was also the first day that I began travel blogging, too: You can read my first ever blog here for FREE (please forgive my hair in the picture), or, you can read all 83 blogs from this California trip in my first published ebook.

So, back to the life of being a newbie Couchsurfer…

It took me three weeks to find a room to rent in Los Angeles (from Craigslist, of course!), and Laura had kindly provided somewhere to stay for those three weeks. During the rest of this three month visit to LA, Laura & I would meet up regularly, where I was able to experience places & sights I’d have never known about, had it not been for hanging out with a local…

A road-trip to Vegas, which was one of the fondest memories! 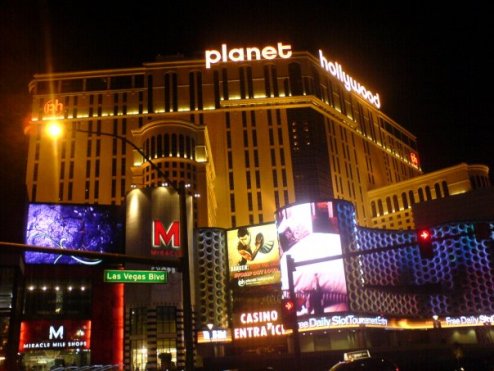 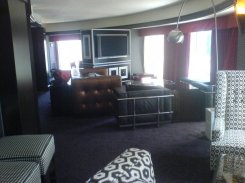 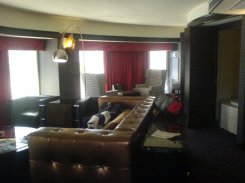 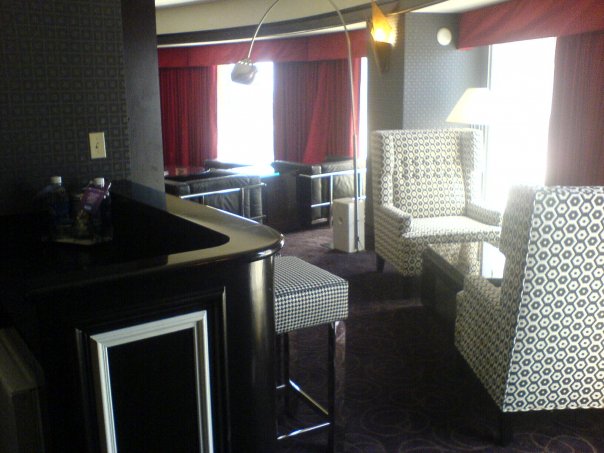 My first ever Couchsurfing experience was a good one.

In the years that followed, positive experiences massively outweighed any negative ones:

I experienced home-made risotto in Italy; I climbed a mountain in Alberta; I saw famous landmarks like Mount Rushmore & Devils Tower; I’ve had an entire apartment to myself for Christmas in New York City; I cycled on a frozen lake in Sweden; I’ve fired a gun in Alabama; I travelled across five Provinces in Canada; I’ve travelled to many states all over the U.S. of A…there is just too many experiences to mention that only happened because of the people on Couchsurfing!

The negative experiences I can count on one hand: I’ve had someone lead me into being fined €100 in Italy; I’ve felt threatened & intimidated by a drunken host; I’ve been spooned by a naked man for a matter of seconds that felt like a lifetime…

Yet, when I look at those negative experiences, each one of those came from my own actions: The €100 fine in Italy was because I didn’t follow my own instincts (I could’ve chose to ignore my host’s advice) ; The drunken host wasn’t the initial person we were supposed to stay with, yet we still opted to stay with him; The naked man had a negative reference about his behaviour on his profile, yet I still said ‘yes’ when he offered a place to stay (I had addressed this negative reference – and his behaviour – with him before arriving, though, so I could have chosen not to stay with him).

Often, the best stories come from negative experiences (the ‘spooning man’ story being one of my own!)…

A story I’ve recently been told involves an American girl – Melanie – about how she was travelling from London to York, when the Couchsurfing host she was supposed to stay with had cancelled on her when she was only an hour away from arriving in York. With nowhere to stay, Melanie instantly put up an emergency post on Couchsurfing, asking if any one could help her at such short notice (my own advice to her was find a hostel). Almost immediately, one guy offered her somewhere to stay. That night, after she arrived at his home, he insisted that they play drinking games together, with his intentions of getting her drunk, which began to make Melanie feel uncomfortable…so much so, that she ended up walking out and staying the night with a Tinder match instead!

Although it was a worrying situation to be in at the time, it’s still one of the funniest stories I’ve heard (Melanie also laughs about this, too, claiming that she still had a ‘good night’)!

And, while negative situations rarely arise in the Couchsurfing community, when it does, we’re always able to come out on the other side with brilliant stories to tell.

Safety on Couchsurfing is about using common sense and your instincts…or, Tinder if you have to!

I used to be able to claim that I could sleep anywhere…and, I used to be able to: I’ve slept on public steps in a train station, I’ve stayed in 12-bed dormitory rooms; I was able to sleep on 35hr bus journeys; I’ve spent 15 hours lounging around airports to save accommodation costs; I could always sleep on floors when somebody didn’t have a couch…and, I’ve definitely slept on plenty of couches, too (approximately 40 worldwide!)

As I start this New Year of 2018, I choose to lean more towards luxury-budget travel.

This doesn’t mean that I’ve ruled out Couchsurfing completely – in fact, if someone can offer a comfortable bed in a private room (a new search option that Couchsurfing have added to their website), allowing me my own space with a little freedom to do my own thang, then I will gladly accept that kind of hospitality…

But, my days of choosing to sleep on couches, on floors, in shared rooms, and on buses are over – I now have 18 years of lost sleep & discomfort to catch-up on!

From a financial perspective, Couchsurfing has probably saved me thousands of pounds over the last decade, which has allowed me to travel more than I ever expected to…which is why I now choose to continue showing my gratitude by helping other travellers.

These days, I sometimes offer my own sofa to sleep on. In just the last month, I’ve had guests from China, Russia, Canada, and, Taiwan become acquainted with my glamorous couch!

While I still often use Couchsurfing to meet & hang-out with local people while travelling the world, what I also like to do is help those with no references on their profile, in the same way that Laura helped me ten years ago: If I can help give someone that first reference, to help improve their chances of travelling more, then I will do so…

This doesn’t mean that I’m not selective about who I meet or who I have stay with me, though…however, I can confirm that I wouldn’t suggest playing drinking games with you!

Is Couchsurfing for you?

For those of you who are considering heading down the Couchsurfing route, yet have always been hesitant about it, I’d say ‘ JUST TRY IT’! If you’re worried about safety, it really is a matter of using common sense to overrule this concern: If someone has zero references or bad references on their profile, don’t stay with them; If you’re a female doing this for the first time, then only stay with other females (who have lots of references, of course!); Just sign-up, take a look, and if it’s not for you, then don’t do it. Go with your gut, and try not to over think things.

This blog about Couchsurfing has been made because my Mum suggested I write about it. She was the one who, at first, was anti-Couchsuring, and, she was the one who was mostly concerned about my gallivanting across the globe from country to country, staying with complete strangers…she worried like any parent would (if your parents don’t worry about you doing this in the beginning, you’d probably need to question that!). And, the more I was able to travel using Couchsurfing, the less she worried.

Couchsurfing isn’t a bad thing. Media such as television, movies, and newspapers can sometimes paint scary images in our minds of what the word ‘stranger’ implies. The reality is that we all only want to be kind to one another, with no intentions of inflicting harm onto another person; The reality is that most travellers only want to help other travellers, whether it be giving advice or offering somewhere to stay (or writing informative travel blogs for them!)…

The reality is that Couchsurfing can give you experiences you’ll be talking about for years to come! 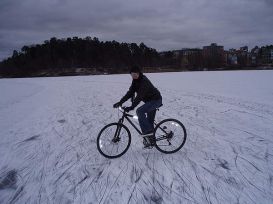 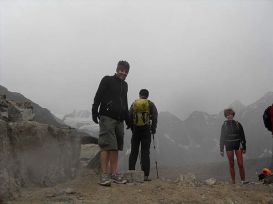 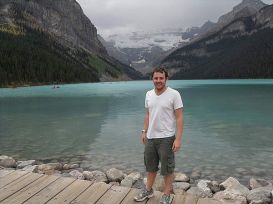 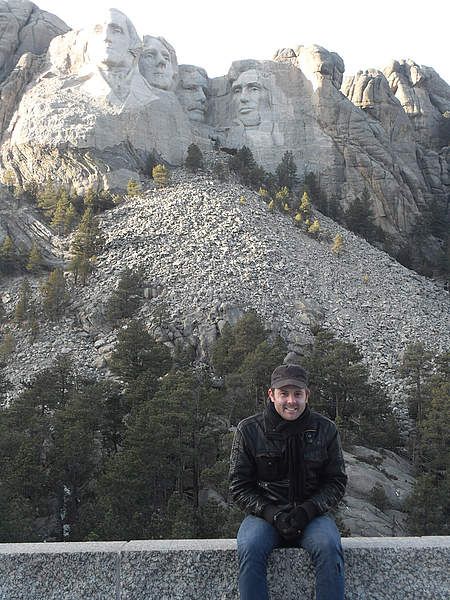 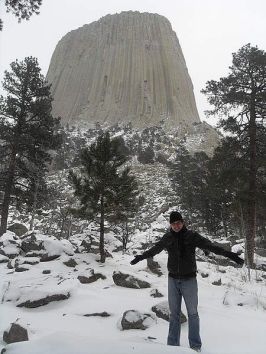 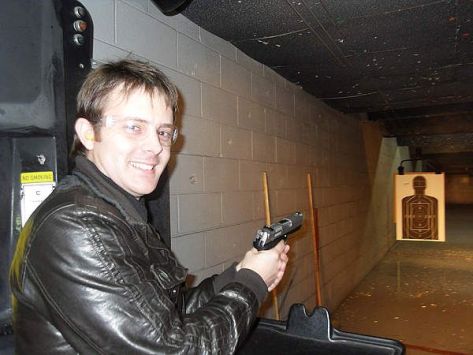 A huge thanks to those I’ve met & befriended through Couchsurfing over the last 10 years, and for the memorable experiences that you’ve given me, too!

7 thoughts on “Couchsurfing: A Decade of Sofa Stories!”